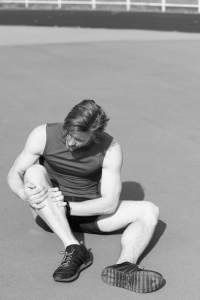 The Prophetic Dream of the Broken leg

The following dream occurred on 10/3/2017, two days following the worst shooting in American history.  My brother and his wife showed up at the school that I was attending unexpectedly.  As he walked towards me, he suddenly fell and broke his leg.  We stabilized the leg as best we could and headed to the nearest E. R.  On our way, we stopped at my house to pick up another car.  I got out and went inside my house.  When I came outside, to show that he was all right, my brother was running up and down the street as though nothing was wrong.  In a panicked mode I screamed, “But you don’t know what you are doing!  You are running on a broken leg”.  I then woke up.

I went to the computer to look up the damages that can come as a result of walking on a broken leg and found this interesting bit of information:

Without an x-ray, it’s nearly impossible to tell when—or if—you have a fracture. There        are layers of skin, muscle, and fat between your eyes and the possible broken bone.

Some folks believe you can tell if a bone is broken by whether or not you can use it, such as a young athlete who thinks his leg isn’t broken because he can walk on it. That’s a myth. Many times, the only thing keeping you from walking on a broken leg or using a broken arm is the pain.

Sometimes, a really bad complete fracture will not be able to carry weight or otherwise function properly. Most of the time, however, fractures can indeed support weight. You can probably even walk on your broken leg—it just hurts like the dickens.  R. Brouhard, EMT-P.  Signs You May have a Fracture.  Downloaded 10.2.2017. http//www.verywell.com

Pain is the greatest indicator that a bone has been broken.  Other indicators are swelling, lack of ability to move, discoloration, and obvious dislocations.  Continuing to use the injured leg will only make the problem worse.

The message of the dream:  America has been badly damaged recently, but we are moving forward as though nothing has happened.  It is only later that we will see the full extent of the damages that the floods, hurricanes, fires, mass shootings, earthquakes, terrorist attacks and other problems have caused.  But instead of praying, crying out to God, repenting and searching for the True Will of God as a nation, we are verbally fighting with each other, fighting with other nations and some are even angry with God.  We are trying to go on with our social events and other distractions as we continue in our same old sins.  America, surely we are not as dumb as we appear.  What will it take?  The pain that we are experiencing will only worsen if we don’t fix the problem.  O America, beloved America, please wake up!  We’re running on a broken leg.

14 If my people, which are called by my name, shall humble themselves, and pray, and seek my face, and turn from their wicked ways; then will I hear from heaven, and will forgive their sin, and will heal their land.