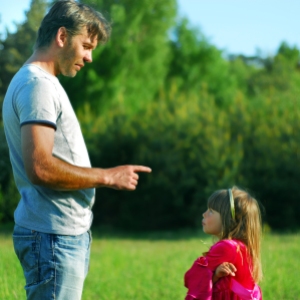 Lesson II  from the Book of Daniel

For the wages of sin is death; but the gift of God is eternal life through Jesus Christ our Lord. (Romans 6:23 KJV)

This is the second in a series of posts based on the Book of Daniel. I have no idea how many will follow; I’ll write until the Lord says to move on. Meanwhile, it is my prayer that someone will be encouraged to not only read, but study this important book and benefit from it.

Most Christians are familiar with the Bible stories about the early years of Daniel (His name means “God is my judge”) and his fellow Babylonian captives, known as the Three Hebrew Boys. They were four young men who were captured during the Babylonian captivity who stood for God under adverse circumstances. The three Hebrew boys, Daniel’s friends, were Hananiah “Yah is gracious”, Mishael “Who is like God?” and Azariah, “Yah has helped”.   When they were captured their names were changed to the Chaldean names, Shadrach, Meshach, and Abednego that we are more familiar with today.

Most of us have heard the stories of their refusal to defile themselves with the King’s meat but fared better than their contemporaries when they only ate vegetables due to their faith in God. (Daniel 1:1:8-21).   Many of us are also familiar with the story of Daniel’s three friends’ refusal to bow to the Kings’ image and the fact that they were thrown into, but subsequently delivered from, the fiery furnace unscathed. Jesus went into the fire with them as the “Fourth Man in the Fire” and delivered them without even the hint of smoke upon them. (Daniel, chapter 3).  Equally familiar to most of us is Daniel’s personal story of deliverance from the Den of Lions and his subsequent elevation as a great man in the Babylonian empire. (Daniel, chapter 6). But there is so much more that we gain from the Book of Daniel, for this book contains hundreds of fulfilled prophecies and some of the most specific information that relates to the unfulfilled End Time prophecies in existence. As a matter of fact, it is difficult to understand the Book of Revelation without knowledge of the Book of Daniel.

It is in chapters 9-12 that Daniel learns that his people are going to suffer greatly for their disobedience to Almighty God. Both Israel and Judah (the two divisions of The Twelve Tribes of Israel) had been overthrown by Gentile nations because of their repeated refusal to obey God. Daniel discovered that although the 70 years of Babylonian captivity were almost over for Judah, God’s punishment was not over. Daniel cried, prayed, fasted, repented, and sought God concerning his people. As a result of his seeking God, he learned the severity of the high cost of Israel’s disobedience. He learned of the Tribulation, the Great Tribulation, and the life of the Jewish nation under the rule of the Anti-Christ.   God comforted Daniel with the knowledge that ultimately the Jewish nation would be restored to a right relationship with Almighty God.

Reading about the outcome of the Jewish nation helped me to understand the high cost of disobeying God. The wrath that will be poured out upon the Jewish nation (and all who are on earth during the Tribulation and Great Tribulation) is meant to have them turn from their ways and obey God. If He punished them for disobedience why would we think for just one moment that He will not severely punish all sinners? There is a high price to pay for disobeying God.

Get right, get right with God. He is not to be played with.